What To Do When Your Child May Need Therapy 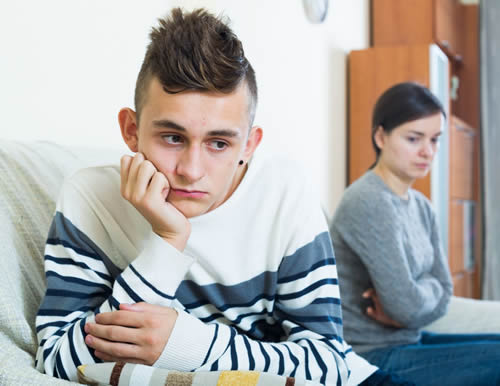 It’s a tricky question for parents who think their child might be having a tough time. In fact, it invites even more questions… Is it normal teenage stuff? Is it just a phase? How do I even talk to them about it? As someone who has worked with kids and teens for years, here are some tips I’ve found to be helpful when dealing with these questions.
Signs to watch out for: Common behaviors among kids and teens struggling with mental health issues include:
• Severe worry or anxiety about leaving the house especially when it comes to going to school. I have worked with plenty of teens whose anxiety was so intense that they literally couldn’t walk into their school – or if they were able to go, they would spend all day in the counselor’s office. Don’t wait until your child has racked up 30 or 40 days of absences to address the issue; if you notice that it lasts longer than a week or so, it is probably a sign pointing to a deeper issue.
• Noticeable changes in your child’s mood. Has there been an unexplained loss of interest in their favorite sport or hobby? Are they starting to have anger outbursts? Is there a loss of energy, a negative attitude, or a change in how they interact with people? Everyone is entitled to a couple bad days, but if you start to notice that it’s been going on for a week and getting worse, it’s time to do something.
Getting your child help: The best thing to do is to be preventive and not reactive:
• Don’t wait until there is a major breakdown or an entire wasted semester at school. The earlier you address the issue, the better the outcome will be. Starting therapy before things get really bad helps build a foundation of skills and insights that your child can lean on during the tougher times.
• Don’t be afraid to address the issue of therapy with your child, but do it in a way that doesn’t cause them to be defense and combative:
o Be gentle in how you approach the conversation.
o Tell them you want an honest talk about your concerns
o Don’t forget to let them voice their opinion, and actually listen to what they have to say. They might agree with you, but they may also have a completely different opinion about what’s going on.
o Remember that this is not just a tough conversation for you, so be nonjudgmental with what they have to say.
o Give them reassurance that you’re there for them; you’re not here to punish them, you just want to help them with whatever is going on.
What happens next: It’s completely different for each family…
• It could very well be that your child will agree with your concerns and be more than willing to start therapy – I’ve seen this plenty of times. But it’s also entirely possible that your child won’t be on board.
• Ultimately, remember that you are the parents. You get to decide what is going to happen in this situation.
• Try getting them to agree to at least an initial session to give it a chance.
• Do a little research on what your child can expect.
• Invite them to join you in your search for the therapist.
• Consider contacting Be Embodied for a free initial therapeutic consultation with me at 716-931-9037
I have had plenty of teens come in because their parents “forced” them to, and by the end of the first session the kid is asking to come back next week. That initial resistance is completely common, but kids are honest – if they feel comfortable with the therapist they will open up. And that’s when you’ll know that you helped them succeed in the first (and hardest) step of their journey!
–Anthony Lobuzzetta, MHC-P
Newsletter SignupDon’t miss a thing. Sign up to receive news and updates.